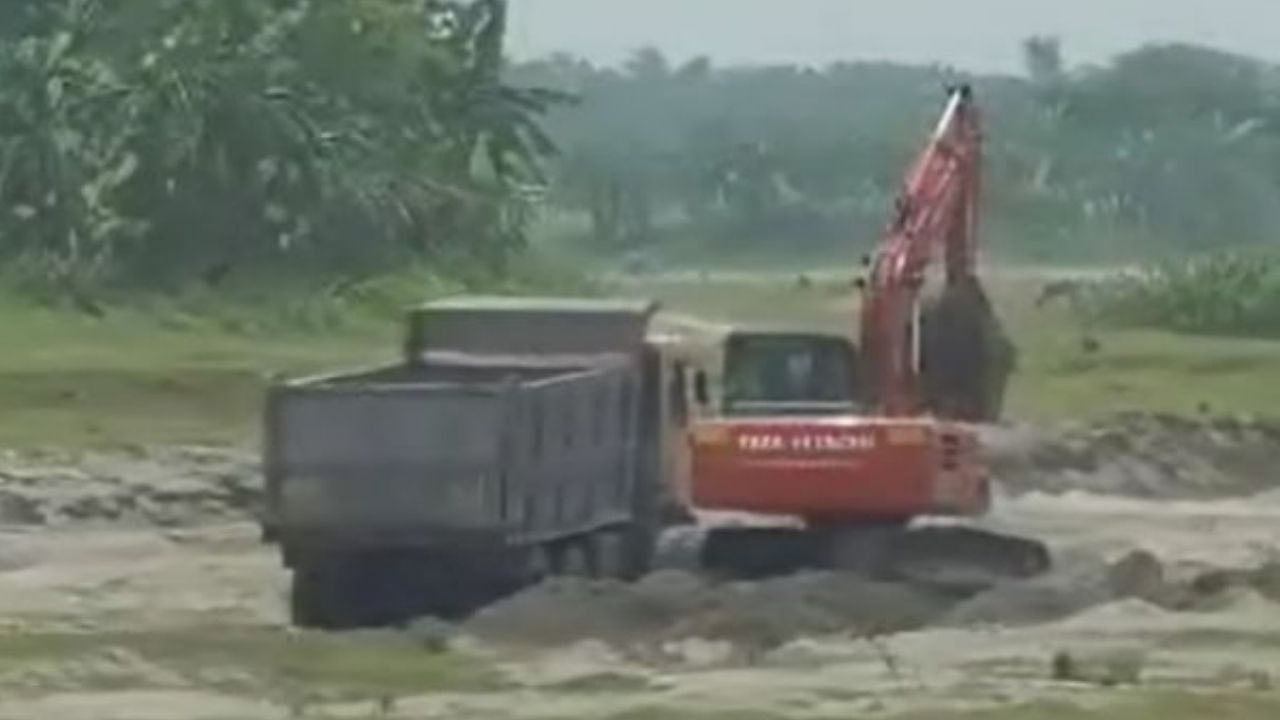 Sand smuggling in broad daylight with JCB (own photo)

Alipurduar: Sand smuggling was rampant. That news was broadcast by TV9 Bangla. Then the sand mafias became active again with a break of two days. There were repeated allegations of sand smuggling. After that the police intervened due to continuous news. Police at Nimti outpost of Kalchini police station seized three tractors loaded with sand on Saturday. Three truck drivers have also been arrested.

It is learned that on Saturday, a special police team led by Nimti outpost OC Amit Kumar Sharma raided the Nimti area of ​​Kalchini block and seized three tractors loaded with sand. Police arrested Bali’s drivers for not having any valid documents. The accused are Shambhu Roy, Puran Basumata and Shankar Orao. They are residents of Nimti area. They will be sent to Alipurduar district court on Monday, said Amit Kumar Sharma, OC of Nimati outpost. He said such campaigns would continue.

Kaljani river at Banchukamari in Alipurduar. Illegal sand smuggling was rampant there. The police operation started due to the news of TV9 Bangla. Illegal sand smuggling has been stopped temporarily since the operation was launched. But after a few days, the same activities started again. It is learned that sand mafias have become active again. Sand extraction is going on freely. The mafias are working to extract sand by using JCP in broad daylight.

Next to it is Dangatari village. Sand smuggling continues as the villagers misunderstand that this sand will be used for national highways. Talking to the villagers, it was learned that the leaders of the ruling party were involved in this. No one goes to say anything for fear of them. It has also been alleged that they were threatened with beatings. That is why the villagers have locked their mouths. However, the villagers fear that the village will be endangered if the river embankment breaks in the rainy season. A local resident said, ‘Sand smuggling is rampant without the attention of the administration. Nobody says anything. If this continues, roads and houses will be destroyed. ‘

In fact, a few days ago, the news of sand smuggling came out from the same area. Next to the Kochbihar border. The sand dunes were thriving on that border. Allegedly, the sand mafia started continuously extracting sand in the Kaljani river near the border of Alipurduar. Even then, the locals complained that there were people who were doing this with the ruling party.