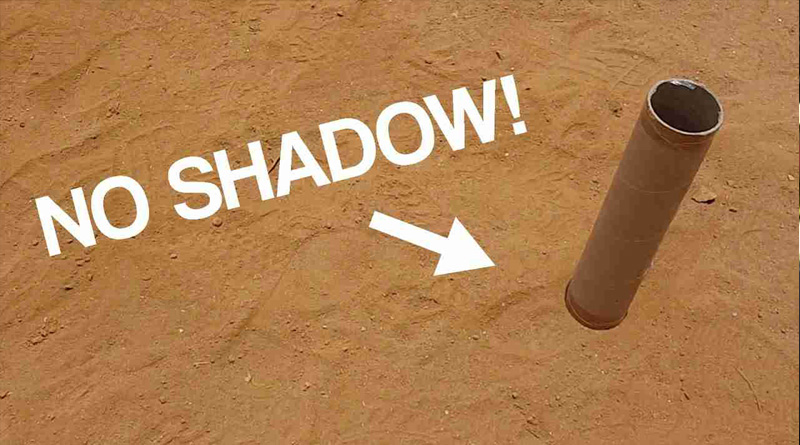 News Daily Digital Desk: Folklore says that whether it is in the sun or in the moonlight, the shadow does not fall on the only dead person. But this is no longer a folktale, it is absolutely real. The incident took place in Mumbai itself. On Monday afternoon, the residents of the commercial city were shocked to see that. Even though the sun was blazing in the sky, the shadow did not fall on the ground for a while! Is this an indication of a terrible natural disaster? What’s the matter

In the city of Mumbai, all shadows disappeared for a few minutes after 35 minutes at 12 noon on Monday. Everything from people-animals-birds to houses-cars. People are naturally terrified to see that. Although it is not a matter of fear or panic at all. This natural phenomenon is called ‘Zero Shadow Day’ in scientific terms. That can happen up to twice a year in certain areas, scientists say. But why does the magic happen?

According to the Public Outreach and Education Committee of the Astronomical Society of India, places between +23.5 and -23.5 degrees latitude may witness Zero Shadow Day. However, the date of this event may vary from place to place. This is because the earth’s rotation axis is tilted at an angle, experts say. In places where the latitude is between +23.5 and -23.5 degrees, the shadow may disappear when the sun reaches the highest point of the day. And such a day is called Zero Shadow Day.

Earlier this month, Kolhapur in Maharashtra witnessed the same incident. There, one day at 12:29 pm, the shadow disappeared for 50 seconds. On the other hand, in Bhubaneswar, Orissa, a similar incident caused a commotion. The shadow died there for 3 minutes straight. People witnessed amazing natural phenomena.

Uddhav thackeray camp may go to Supreme Court if Governor...

Indore Crime News: Data of US citizens bought from darknet,...

You don’t make friends with salad, but what about beer? ...

The trolley drivers wrote in the apology – we made a...

Impact of AirBnb and vacation rentals on tourist towns reviewed by...