Coronavirus: What’s happening in Canada and around the world on Monday 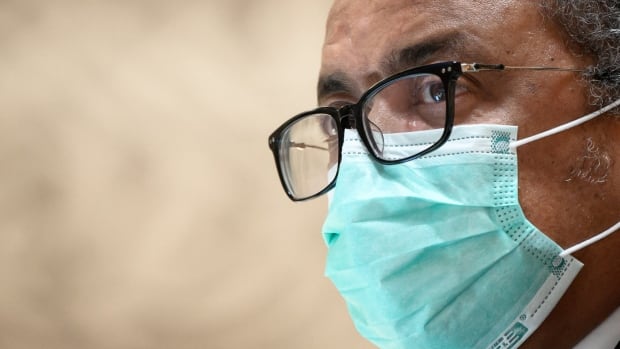 The World Health Organization on Monday pushed for an international accord to help prevent and fight future pandemics amid the emergence of the worrying new omicron coronavirus variant.

WHO Director General Tedros Adhanom Ghebreyesus also said many uncertainties remain about just how transmissible the variant is, and how severe an infection it might cause.

The gathering is aimed at devising a global action plan toward preventing, preparing for, and responding to future pandemics.

“The emergence of the highly mutated omicron variant underlines just how perilous and precarious our situation is,” Tedros said, calling for a “legally binding” agreement that wasn’t mentioned in a draft text seeking consensus on the way forward. “Indeed, omicron demonstrates just why the world needs a new accord on pandemics.”

“Our current system disincentivizes countries from alerting others to threats that will inevitably land on their shores,” he said, noting that South Africa and Botswana — where the new variant was detected in southern Africa — should be praised and not “penalized” for their work. That was an allusion to travel restrictions announced by many countries on air travel to and from the region.

Tedros said WHO scientists and others around the world were working urgently to decipher the threat posed by the new variant, saying: “We don’t yet know whether omicron is associated with more transmission, more severe disease, more risk of infections, or more risk of evading vaccines.”

The world should now be “wide awake” to the threat of the coronavirus, “but omicron’s very emergence is another reminder that although many of us might think we are done with COVID-19, it’s not done with us,” he said.

A draft resolution set to be adopted by the World Health Assembly stops short of calling for work toward specifically establishing a “pandemic treaty” or “legally binding instrument” sought by some, which could beef up the international response when — not if — a new pandemic erupts.

European Union member countries and others had sought language calling for work toward a treaty, but the United States and a few other countries countered that the substance of any accord should be worked out first before any such document is given a name. A “treaty” would suggest a legally binding agreement that could require ratification — and would likely incur domestic political haggling in some countries.

Merkel, whose 16-year tenure is likely to end next week, called for “reliable financing” for WHO and increased contributions to the UN agency from its member states — while alluding to the EU position in favour of a binding agreement.

“The catastrophic impact of the COVID-19 pandemic in terms of health and the economy ought to be a lesson to us,” she said by video message. “Viruses know no national borders. That’s precisely why we should lay down measures to be taken to improve prevention, early detection and response in internationally binding fashion.”

The three-day meeting that opened Monday amounts to a long-term approach: Any UN-backed agreement is likely to take many months, if not years, to be concluded and come into effect.

But it comes as many countries have been scrambling to address the emergence of omicron, which has led to travel bans across the world and sent tremors through stock markets on Friday.

Experts are pointing to relaxed public health restrictions as reasons why COVID-19 cases are trending upwards for Ontario and Quebec. They say expanded rapid testing and more third vaccine doses could help keep the situation under control. 2:04

What’s happening around the world

As of early Monday morning, more than 261.5 million cases of COVID-19 had been reported worldwide, according to Johns Hopkins University’s coronavirus tracker. The reported global death toll stood at more than 5.2 million.

In Africa on Sunday, a South African doctor who was one of the first to suspect the presence of a new variant said omicron appeared so far to be producing mild symptoms.

However, Abdool Karim, a professor at South Africa’s University of KwaZulu-Natal and Columbia University in the United States, said it was too early to draw firm conclusions, because doctors can only comment on patients who they treat.

“In terms of clinical presentation, there’s not enough data yet,” he said.

South Africa’s government is doing everything possible to prepare its health facilities to cope with the variant, Health Minister Joe Phaahla told a news conference.

Phaahla said officials were engaging with countries that imposed travel restrictions on southern African countries to try to get them reversed.

In the Asia-Pacific region, the Philippines on Monday launched an ambitious drive to vaccinate nine million people against COVID-19 in three days, deploying security forces and thousands of volunteers in a program made urgent by the threats of the omicron variant. Three million daily vaccinations would be nearly quadruple the national average of 829,000 during November.

Meanwhile, Singapore and Malaysia reopened one of the world’s busiest land borders on Monday, allowing vaccinated travellers to cross after nearly two years of remaining shut due to the pandemic.

In the Americas, top U.S. infectious disease official Dr. Anthony Fauci told President Joe Biden on Sunday it will take about two weeks to have more definitive information about the COVID-19 omicron variant, while he asked Americans to be prepared to fight its spread.

In Europe, Britain’s health minister Sajid Javid said on Sunday he expected to receive advice imminently on whether the government can broaden a booster shot program to try to weaken the impact of the newly identified omicron coronavirus variant.

In the Middle East, OPEC and its allies have postponed technical meetings to later this week, giving themselves more time to assess the impact of the new omicron coronavirus variant on oil demand and prices, according to OPEC+ sources and documents.

-From Reuters, The Associated Press and CBC News, last updated at 6:25 a.m. ET

Norway hosts Taliban for meetings about pending humanitarian crisis in...

NYPD officer slain in Harlem wanted to make a difference

Mexican president opens up about his health after overnight hospital...