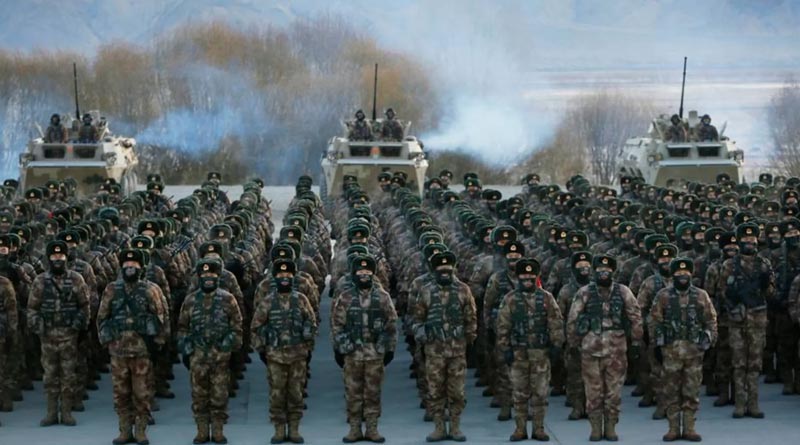 News Daily Digital Desk: China is planning to occupy Taiwan by force. Some of the Chinese communist rulers and army officials have been heard talking on a sensational audio. Speculation has started surrounding the audio that was leaked on one channel during the quad meeting held in Japan.

An audio has recently been released on Lude Media’s YouTube channel. The plan to occupy Taiwan came from a conversation between the governor of China’s Guangdong province, the secretary of the Communist Party, and a major commander-in-chief of the Chinese People’s Liberation Army (PLA). According to the leaked audio of the talks between the Communist Party and Chinese military officials, the Red Army is preparing for a military operation based in Guangdong province, a mainland of China, near the island nation of Taiwan. According to the talks, about 140,000 troops, 953 ships of various types, including warships, huge quantities of military equipment and fuel have been stored in Guangdong province.

Analysts believe that the audio clip is credible. The Chinese military has recorded the discussion on the occupation of Taiwan. Somehow it has been leaked from there. It is to be noted that this is the first time after the establishment of the Red Army in 1949 that such sensational information has been leaked. Chinese officials have repeatedly called for security at the Pearl Harbor delta in Guangdong province, an industrial hub. Because Guangdong is the center of Chinese industry and heavy industry. It is the headquarters of Chinese tech giants Hubei and Tencent.

China has always claimed Taiwan as part of its territory. But since Xi Jinping took power in Beijing, the communist country has become more aggressive. President Xi also spoke of forcibly occupying Taiwan more than once.