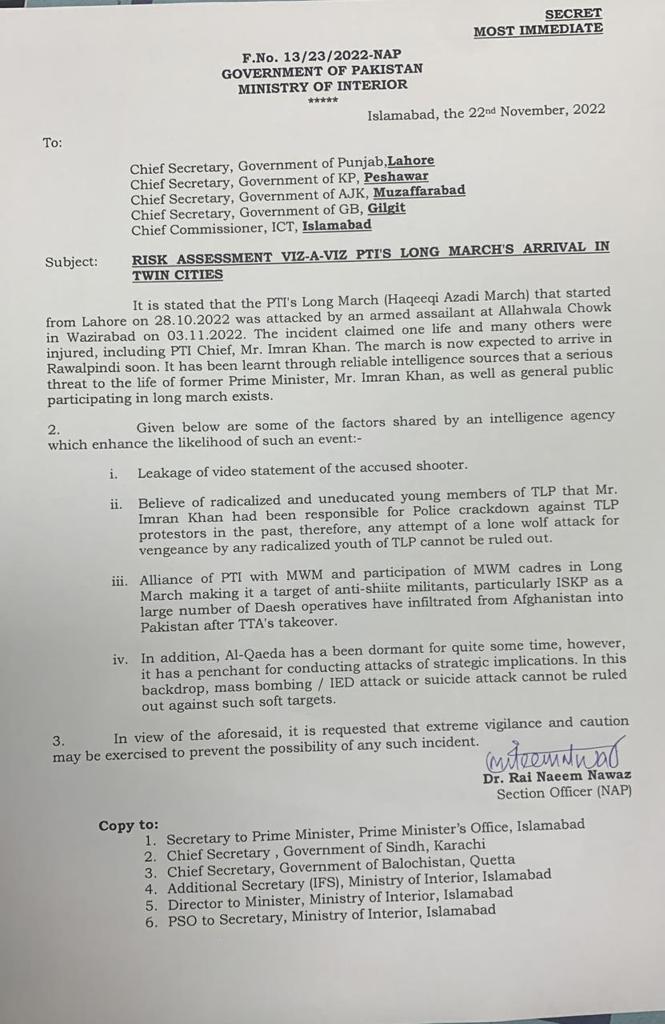 Islamabad (News 92) – According to intelligence sources, there is fear of terrorism in the true freedom march.

Intelligence sources say that the Ministry of Interior has sent a letter to all the four states. According to the script, along with Imran Khan, people’s lives are also at risk. The Ministry of Home Affairs has also sent a risk assessment report on the Long March to the states.

PTI General Secretary Asad Umar has been informed about the possible threats and it has been written that Tehreek-e-Insaf should postpone public gatherings in Rawalpindi.