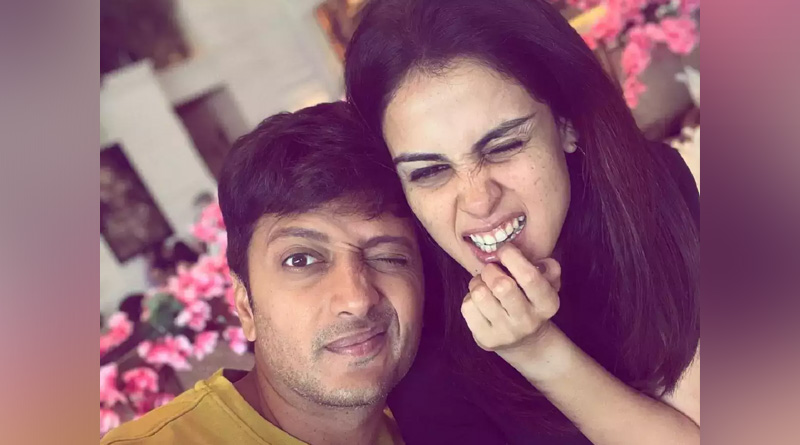 News Daily Digital Desk: Bollywood’s real life sweet couple Riteish Deshmukh and Genelia D’Souza were never very conscious about food and drink. He used to eat what was in front of him. But suddenly Ritesh and Genelia became vegetarians and stopped eating meat. And son Rian Deshmukh has encouraged Riteish and Genelia in this regard.

November 1 was World Vegan Day (world vegan day 2022). While giving an interview to a press on that occasion, Genelia said, my son Rian suddenly came back from school one day and told me, what we eat, our pet dog also eats. We eat chicken, mutton. Pets eat the same. Where is the difference between us? We are behaving like animals! After hearing this from Rian, all his thoughts changed. Since then we whole family became vegetarian. In fact, we don’t even eat cow’s milk!

In 2003, Riteish Deshmukh and Genelia Deshmukh entered the world of acting from the film ‘Tujhe Meri Kasam’. Friendship from there. Then 9 years of continuous love. Genelia and Ritesh got married in 2012. They have two children Rian and Raheel. Ritesh and Genelia are going to tie the knot again on the Bollywood screen after settling the house.