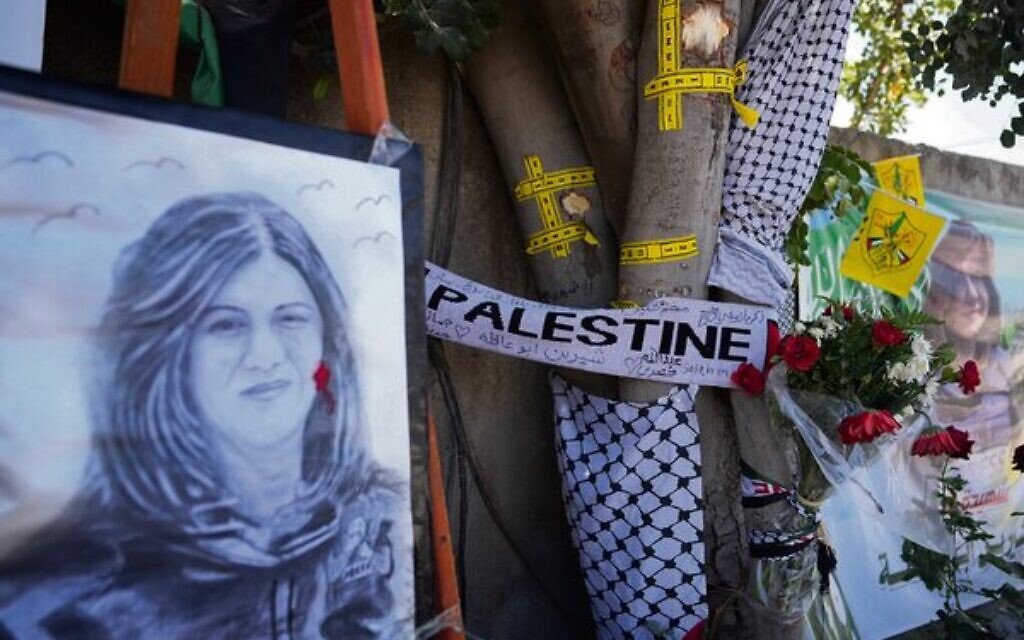 The Israel Defense Forces are reportedly set to open a new round of investigations into the death of US-Palestinian Al Jazeera journalist Shireen Abu Akleh on May 11, this time using satellite imagery and experts in cartography.

This follows a number of reports from international news organizations and the United Nations claiming that an IDF soldier fired the bullet that killed the journalist.

Abu Akleh was shot and killed May 11 in clashes between IDF troops and Palestinian gunmen, while covering an Israeli army operation in Jenin in the West Bank.

In a statement titled “Where’s the ball?” the Israel Defense Forces again urged the Palestinian Authority to hand over the buck, as it and government ministers questioned the methodology and fairness of the investigation.

“The Palestinians’ refusal to hand over the buck and conduct a joint investigation indicates their priorities,” the IDF said.

“The shots that killed Abu Akleh and injured his colleague Ali Sammoudi came from Israeli security forces and not from indiscriminate shooting by armed Palestinians, as initially claimed by Israeli authorities,” Shamdasani said.

She said the information reviewed came from the Israeli army and the Palestinian attorney general.

“We found no information to suggest that there was any activity by armed Palestinians in the immediate vicinity of the journalists,” she said.

During this time, a New York Times the investigation revealed that Abu Akleh was “most likely” killed by an Israeli soldier, but there was no indication that she was targeted.

An IDF-led investigation concluded that it was impossible to say conclusively who shot Abu Akleh without examining the bullet that hit him, which the Palestinian Authority (PA) denied.

Israeli officials said they had identified a weapon that could have fired the killing shot, but that confirmation would require ballistics analysis to match the weapon to the bullet.

But PA Prime Minister Mohammad Shtayyeh demanded that Israel hand over the gun to the Palestinian Authority.

“We demand that they hand over the rifle that murdered Shireen Abu Akleh,” Shtayyeh said at a ceremony marking the 40th day of his death.

“We refused a joint investigation, because those who fabricated the history of a people, stole land and homeland, can fabricate a narrative. We don’t trust them,” Shtayyeh said.

The Jenin raid was part of a series of IDF operations in the West Bank in response to a wave of terror attacks against Israel that killed 19 people in previous weeks.