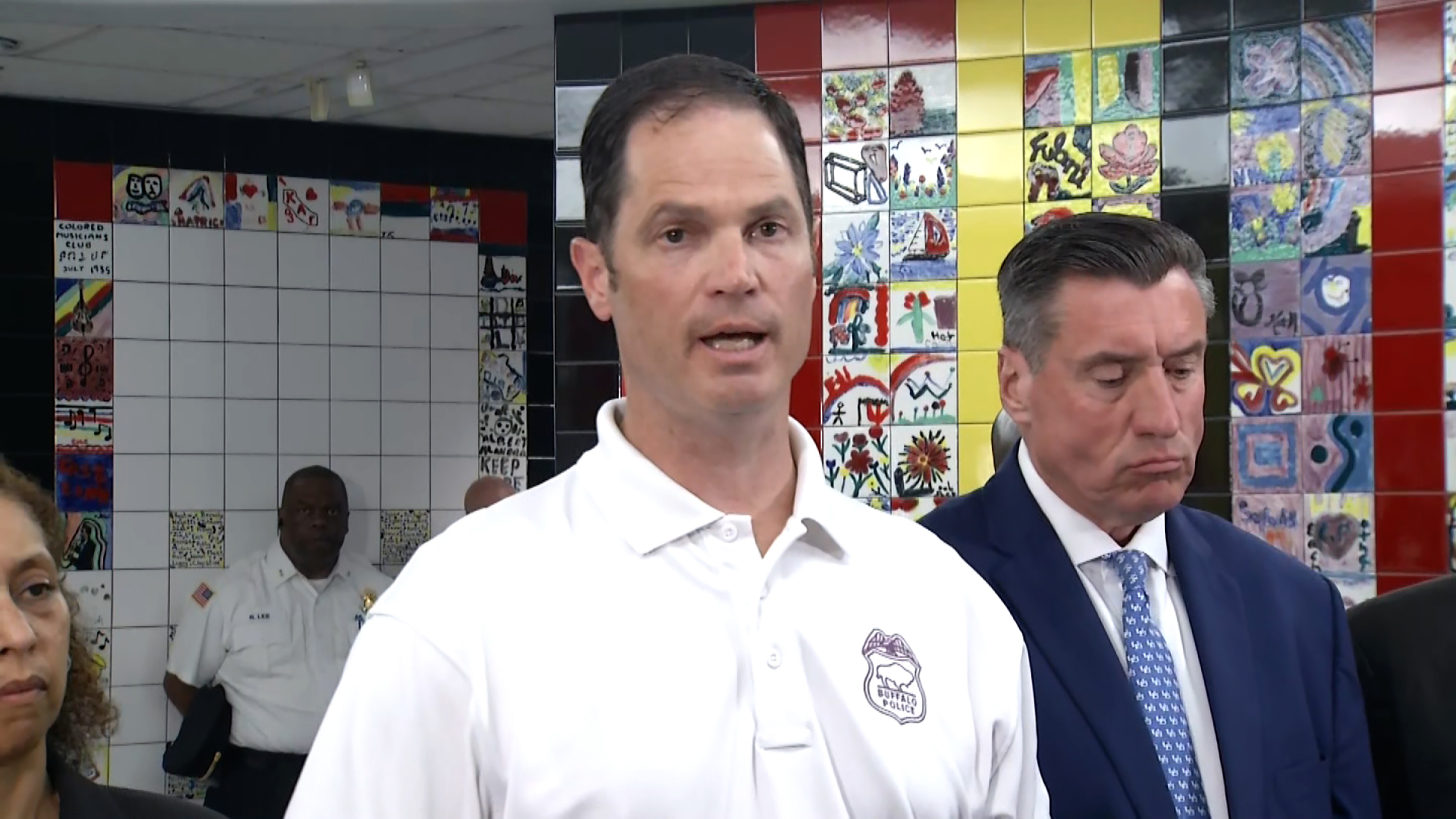 “At approximately 2:30 p.m. today, an individual who the mayor says is not from this area and is hours away, drove into Buffalo and went to Tops Market. He walked out from his vehicle, he was very heavily armed. He had tactical gear. He had a tactical helmet. He had a camera that he was live streaming what he was doing.”

The suspect is an 18-year-old white male, he said.

He shot four people in the parking lot, Gramaglia said, three of whom died.

The suspect entered the store, where a security guard and a former Buffalo police officer engaged him.

“Because he was wearing heavy armor, the bullet had no bullet. The suspect engaged our retired officer and he was shot and died at the scene. He continued to push his way through the store “, said Gramaglia.

He returned to the front of the store, where patrol officers were able to convince him to drop his gun after he “put the gun to his own neck.”

Police arrested the suspect and transported him to Buffalo Police Headquarters.

Briton climbs Mount Everest for 16th time, told he would...

Queen Elizabeth makes a surprise appearance to mark the new...

Imran Khan will have to respond to economic destruction and...

Fertilizer shortages are a ‘consequence of crazy green policies’ OCN...

Meme or threat? The Melbourne Bridge with a reputation...

Shooting at Buffalo: Twitch is under intense scrutiny OCN News

Said- I am handicapped with both feet, if I get a...

Imran Khan will have to respond to economic destruction and inflation:...