Millions of people do not vote in elections in Ontario. Here’s how some are tackling low turnout OCN News 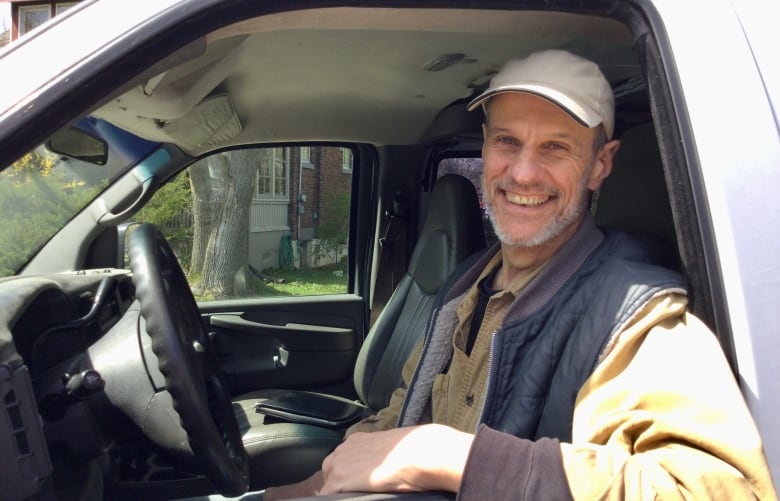 David Erland goes to the polls on election day, but does not go behind the screen to vote. When election officials hand him a ballot, he returns it right away, choosing to decline his vote.

It’s a valid option in the Ontario election (22,684 voters did so in 2018), although it has often confused poll workers, having to explain exactly what it’s doing. It is his way of expressing his frustrations with our electoral system.

“I realized that as long as I continued to use our existing electoral system to vote, I was giving that system my tacit approval,” said Erland, who lives in Port Hope, 100 kilometers east of Toronto.

Erland describes himself as a “budding” voter. He insists that no political question or promise would influence him to vote for a party, until he sees a change in our electoral system. He feels that his vote does not matter and that the system results in a lack of representation. It’s just one of the reasons people aren’t voting, highlighted ahead of the June 2 provincial election.

More than 10.2 million Ontarians were eligible to vote in the last election, in 2018, but only 56.67% did so (about 5.8 million voters). The highest turnout was coincidentally in Erland’s own constituency of Northumberland–Peterborough South at 64.6%.

“It’s always difficult. You know, why doesn’t anyone vote? Usually people who don’t vote don’t answer polls either,” jokes Lydia Miljan, a professor of political science at the University of Windsor.

The electoral district of Windsor West recorded the lowest absolute voter turnout provincially in 2018, at 43.3%. The neighboring electoral district of Windsor—Tecumseh also ranks among the lowest in Ontario, as do the ridings of Brampton, Mississauga, pockets of northwest Toronto (Humber River—Black Creek, York South—Weston) and Northern Ontario (Kiiwetinoong, Timmins).

Miljan points to factors such as lower incomes, younger populations and immigrant populations, all of which she says are associated with low voter turnout.

CBC has issued a call to ask people why they are not voting. Recurring responses included not feeling informed, running out of time, being too young, being out of the country on election day, not liking the candidates or even not liking politics in general (Miljan thinks this is a fair criticism – she doesn’t like sports!)

Miljan also said turnout depends on how enthusiastic people are about the candidates or the campaigns or whether it’s a game-changing election, like Ontario saw in 2018, when voters ousted Kathleen Wynne’s Liberals, resulting in the highest voter turnout in nearly two decades.

Miljan has so far been bored with the 2022 campaign and doesn’t anticipate a change, so he expects lower voter turnout this time around.

Elections Ontario hopes to fix this problem. He added more advanced polling days, now totaling 10, up from five in the last election. He visits campuses to encourage students to vote and highlights his new app and online application for voting by mail.

The organization also does outreach to more than 2,500 community organizations across the province, in places like cultural centres, friendship centres, libraries and places of worship. The hope is to specifically target new Canadians and new voters.

Some people have taken it upon themselves to promote the vote.

Tania Cameron is trying to increase First Nations voter turnout. She lives just outside of Kenora in northwestern Ontario, bordering the Kiiwetinoong electoral district, which has a majority Aboriginal population. The district had the second-lowest voter turnout in the province in 2018, at 45.8%.

So Cameron, who is from the Niisaachewan Anishinaabe Nation north of Kenora, tried to engage First Nations voters, making sure people know how to vote and register, and explaining the provincial issues that matter.

She appealed to chiefs and heads of indigenous organizations not to hold meetings on election day, which could alienate voters from communities and prevent them from voting.

Cameron also wants to ensure that the voting problems that remote First Nations in northwestern Ontario faced in last fall’s federal election don’t happen again. There were problems with voter cards and the lack of polling stations in some fly-in communities. Elections Canada issued its apology in November.

Cameron’s job can be complicated.

“There are a lot of people saying it’s not my government. It’s not my system. And I hear them, it’s not. It’s a government system that was imposed on the First Nations peoples,” she said. “You do not accept that you are part of this colonial system. However, you choose who sits across from you at the negotiating table.”

She wants First Nations voters to think about who might be the best treaty partner and who is making the most progress in achieving reconciliation.

LISTEN | Ontario Morning examines voter turnout and its differences across the province:

CBC Radio Ontario Morning7:57Millions of people do not vote in elections in Ontario. Here’s how some are tackling low turnout

Ontario’s last election in 2018 saw the highest turnout in nearly two decades, with about 57% of eligible voters casting their ballots. Yet that means millions did not vote. Haydn Watters discovered that some were trying to change that ahead of the June 2 election.

“I see First Nations people in these northern ridings not using their political power,” she said.

Cameron cited the 2015 federal election when voter turnout on reserves skyrocketed, something she would like to see repeated.

Ukraine: a Russian sentenced to life in a trial for war...

Should you pay a 10% service charge when you go out...

Locked in the face, Paresh Adhikari returned home as Bagdogra –...