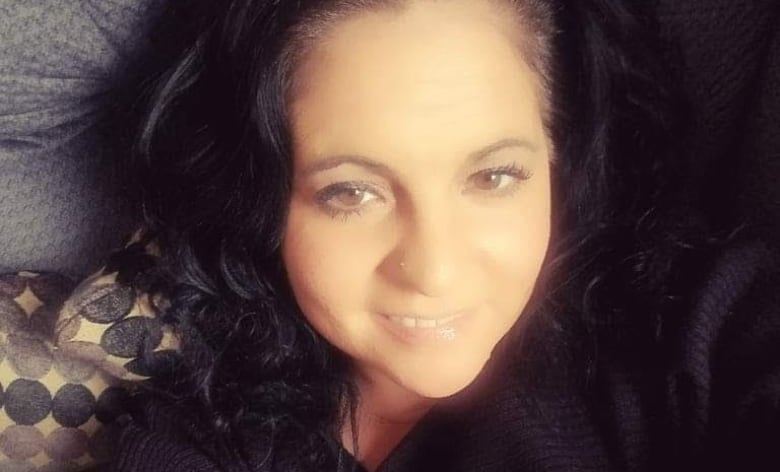 A woman at a prison in Prince Albert, Saskatchewan is continuing her eight-week hunger strike to protest the treatment of those incarcerated there, according to an inmate advocate.

Faith Eagle is one of three women at Pine Grove Correctional Center to refuse to eat, and other inmates in Canadian facilities may follow, according to Sherri Maier, who advocates for those in custody and founded the support group Beyond. Jail Walls Canada.

Maier said he heard of others at institutions across the country planning to join the hunger strike this weekend, including Regina Correctional Center and Atlantic Institution in Renous. , in New Brunswick.

“It looks like we might be able to get prisoners out of Ontario jails…hopefully too,” she said. “And then there are the people in the community.”

Maier plans to be one of them, while another woman incarcerated at Edmonton Women’s Institution wants to start a fasting ceremony this weekend, the lawyer said.

Maier previously said she was contacted by Eagle, who is being held at the women’s prison awaiting a trial date, with concerns about alleged racism by some Pine Grove guards, a lack of timely access to medical care and the quality of their drinking water.

Monday will mark week 8 of the Eagle strike, Maier said.

“She thinks there’s a lot of prejudice and discrimination against Indigenous women,” Maier said.

Maier said he was also told there was a woman with tuberculosis on Eagle’s unit who would not be quarantined.

A spokesman for the province’s justice department said it could not comment on the inmates’ personal health issues.

However, the spokesperson confirmed in an email Thursday that three inmates were participating in a “plateau denial” at the provincial jail.

The striking women accept liquids, including juices and nutritious drinks, and receive “continuous medical supervision”, including medical examinations, according to the email.

The spokesperson said the department was monitoring the situation “to ensure the health and safety of participating inmates.”

Eagle appreciated the opportunity to speak with an Aboriginal woman about her concerns, said Mark Arcand, the council’s tribal chief.

“Faith has expectations and outcomes that we think are reasonable, and some may not be attainable,” he said.

“We understand it’s a prison, there are rules and regulations,” Arcand said.

“If we have to change the system, what does it look like and what are those systems that need to be changed for there to be good results?”

In October, the province and tribal council announced a new pilot program that will provide the council with funding for a project to reintegrate formerly incarcerated women into the community.

On Thursday, Arcand said the tribal council would return to Pine Grove for a follow-up visit.

Sydney Wouters has also been monitoring the situation at Pine Grove in her role as prison support services worker and acting co-executive director of the Elizabeth Fry Society of Saskatchewan – a non-profit organization that supports women who were incarcerated. .

Wouters said his organization last spoke with Eagle two weeks ago at the Prince Albert jail.

“The concerns I’ve heard mostly revolve around their treatment by staff, particularly the racism that Indigenous women face in Pine Grove,” Wouters said.

“It’s something that’s been going on for a long time… Our justice system is based on systemic racism. There is an overrepresentation of Aboriginal people in the justice system.

According to a new report by Ivan Zinger, the nation’s top prison watchdog, Canada has made little progress in addressing the overrepresentation of black and Indigenous people in prisons, with some facing conditions even worse than ‘ten years ago.

Wouters said she also spoke with administrators at the facility and asked them to make complaint forms easily accessible, rather than requiring inmates to request them from staff.

She was told the program director and cultural adviser would sit down with Eagle to discuss her concerns on Thursday, but Wouters said Friday morning she had heard no more of the meeting.

“They know there are issues…specifically with the treatment of women,” Wouters said.

The quality of drinking water was another concern for inmates participating in the hunger strike.

Eagle said last month that the water smelled and tasted so bad it boiled it, Maier said Thursday.

According to the Saskatchewan Provincial Department of Building and Supply, which manages and maintains provincial government buildings, water from Pine Grove was tested and sent to a Saskatchewan Research Council lab for analysis on Oct. 5.

A total of 30 tests were conducted and officials on site detected no unusual odors or tastes in the water, the ministry said in an email to CBC Friday.

Testing in inmate areas “met Government of Canada standards for drinking water quality,” the spokesperson said, while a test in a staff area “where the water is rarely used was slightly above the acceptable level for copper”.

That line has since been purged, according to the ministry.

Maier and Wouters also say the women at the facility also hope to have better access to cultural programming and support.

“How are we supposed to help them make changes in their lives so that they don’t end up in prison after their release without providing them with proper programming?” Wouters said.

“That’s what we’re seeing in the community as well, is a lack of programs so people don’t have to be in jail.”

Maier said during a recent “mass move” in the prison, Eagle was placed in a high-security unit.

A mass move involves detainees being moved away from their current unit, and potentially locked up, to defuse growing movements, the lawyer said.

Asked about the ‘mass relocation’ and whether it involved women on hunger strike, the government spokesman said he could not give details of the planned lockdowns, citing security reasons.

Maier said she last spoke with Eagle earlier this week and was told she had been able to see an elder since joining the new unit.

“Nobody ever wakes up and says, ‘Hey, I want to go to jail today,'” Maier said. “They are still human.”

Most people she works with “know they have to be there,” Maier said.

“They call it a legal obligation. They just want to serve their time with dignity.”

2 people died in the earthquake in Iran, more than 500 were injured ocn news