Murder Case: What did the son do with his mother that day, the year of the woman’s death was exposed, the ‘boy’s feat’ was revealed, the police were also shocked. West Bengal Howrah case body recover allegation son killed mother arrested ocn news 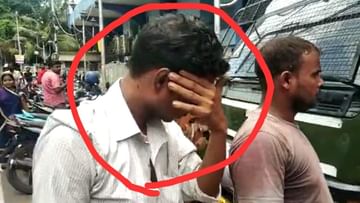 Howrah: Shyamoli Kander (56) died unexpectedly on August 9 last year at Chappatla in Sankrail. After her husband died, her son was everything to her.

Youth arrested in Howrah. own image

Howrah: A year has passed since the woman’s mysterious death. And four days. In the meantime, the family received the autopsy report. On the basis of that report, startling information emerges. According to family sources, based on that report, the family came to know that the son was behind the woman’s death. Allegedly, the son did not like his mother’s cooking on the day of the incident. After that, the young man burst into anger. Arguing, shouting. And then the son was accused of murdering the mother. The accused was arrested on Thursday night and brought to court on Friday.

Shyamoli Kander (56) died unexpectedly on August 9 last year at Chappatla in Sankrail. After her husband died, her son was everything to her. His son Saroj Kander (35) was arrested on the charge of murder before the year of that incident. Sankrail police arrested Saroj on Thursday night. The accused was taken to the Howrah court on Friday.

According to the police of Sankrail police station, last year Shyamoli Kanderar was taken dead to a local hospital by his son. There, Saroj claims that his mother has fallen from the stairs. That is the danger. Doctors declared Shyamalidevi dead. After that, the body was sent for post-mortem. A case of unusual death has also been registered by the police.

The post-mortem report of the death revealed that the woman was murdered. The police got a hint of murder by strangulation. Then the investigation started. There is sensational information. Shyamlidevi’s son allegedly strangled her. However, the police were shocked to hear the reason.


According to the police sources, the mother and the son often had problems because the mother’s cooking was not to his liking. It was alleged that the son strangled his mother during that trouble a year ago. At the end of July this year, the police received the final report of Shyamlidevi’s autopsy. The investigation began. Saroj broke down in tears while being questioned on Thursday. Not only Saroj, the police also interrogated the toto driver who took the mother on the toto on the day of the incident.

Janmashtami 2022: Due to the Matki Phade program, the roads will...

Com. Whitehead not seeking re-election in Hamilton Ward 14 as...

I’m a bridesmaid and asked the bride to stop a boring...

Drawing the line between personal politics and corporate politics – Forbes ...

Freedom Convoy-affiliated group’s deal to buy church appears to be off ...