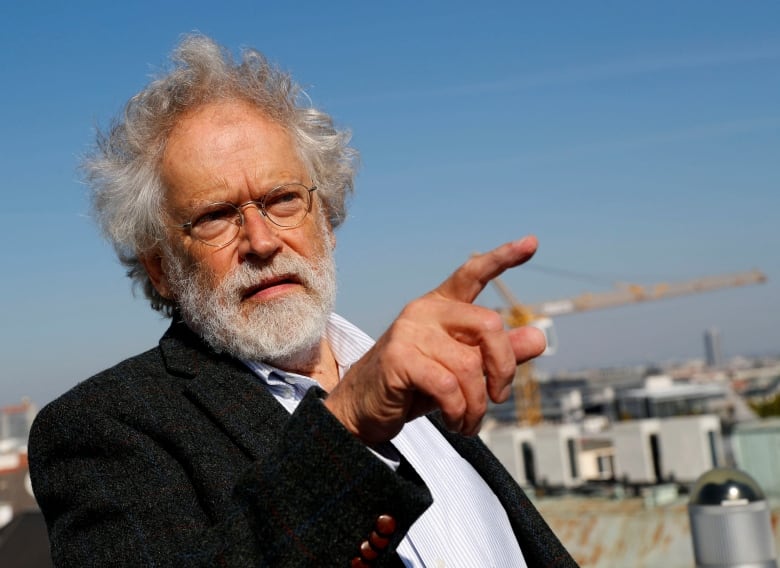 Alain Aspect, John Clauser and Anton Zeilinger have won the 2022 Nobel Prize in Physics for their work in quantum information science, it was announced at a ceremony in Stockholm on Tuesday.

Aspect comes from France, Clauser from the United States and Zeilinger is Austrian. The scientist was honored for “experiments with entangled photons, establishing the violation of Bell’s inequalities and pioneering quantum information science.”

“Quantum information science is a dynamic and growing field,” said Nobel committee member Eva Olsson. “It has broad and potential implications in areas such as secure information transfer, quantum computing and sensing technology.”

She went on to say, “Its origin can be traced back to that of quantum mechanics. Its predictions opened doors to another world, and it also shook the very foundations of how we interpret measurements.”

Speaking by phone at a news conference after the announcement, Zeilinger said he was “still a bit shocked” to hear he had received the award.

“But it’s a very positive shock,” said Zeilinger, 77, who is based at the University of Vienna.

The 2022 Nobel Prize in Physics was awarded to Alain Aspect, John F. Clauser and Anton Zeilinger “for experiments with entangled photons, establishing the violation of Bell’s inequalities and pioneering quantum information science”. pic.twitter.com/W5D5t0qDe3

Clauser, Aspect and Zeilinger figured in Nobel speculation for more than a decade. In 2010, they won the Wolf Prize in Israel, considered a possible precursor to the Nobel.

While physicists often tackle problems that at first glance seem far removed from everyday concerns – tiny particles and the vast mysteries of space and time – their research lays the groundwork for many practical applications of science.

The Nobel committee said Clauser, 79, developed quantum theories first presented in the 1960s in a practical experiment. Aspect, 75, was able to close a loophole in those theories, while Zeilinger demonstrated a phenomenon called quantum teleportation that effectively allows information to be transmitted over distances.

“By using entanglement, you can transfer all of the information carried by an object to another location where the object is, so to speak, reconstituted,” Zeilinger said. He noted that it only works for tiny particles.

“It’s not like in the star trek films transporting something, certainly not the person, over a certain distance,” he said.

When he began his research, Zeilinger said the experiments were “completely philosophical, with no possible use or application”.

Since then, the work of the laureates has made it possible to develop the fields of quantum computers, quantum networks and secure quantum encrypted communication.

A week of Nobel Prize announcements kicked off on Monday with Swedish scientist Svante Pääbo receiving the medicine prize for unlocking the secrets of Neanderthal DNA that provided key insights into our immune system.

They continue with Chemistry on Wednesdays and Literature on Thursdays. The 2022 Nobel Peace Prize will be announced on Friday and the Economics Prize on October 10.

The awards feature a cash prize of 10 million Swedish krona (equivalent to just over C$1.2 million) and will be handed out on December 10. The money comes from a bequest left by the prize’s creator, Swedish inventor Alfred Nobel, who died in 1895.

Marie Curie, Edwin Schrödinger, Max Planck and Albert Einstein have all won the prestigious physics prize, and six Canadians have won at least a share of the top prize since 1990.