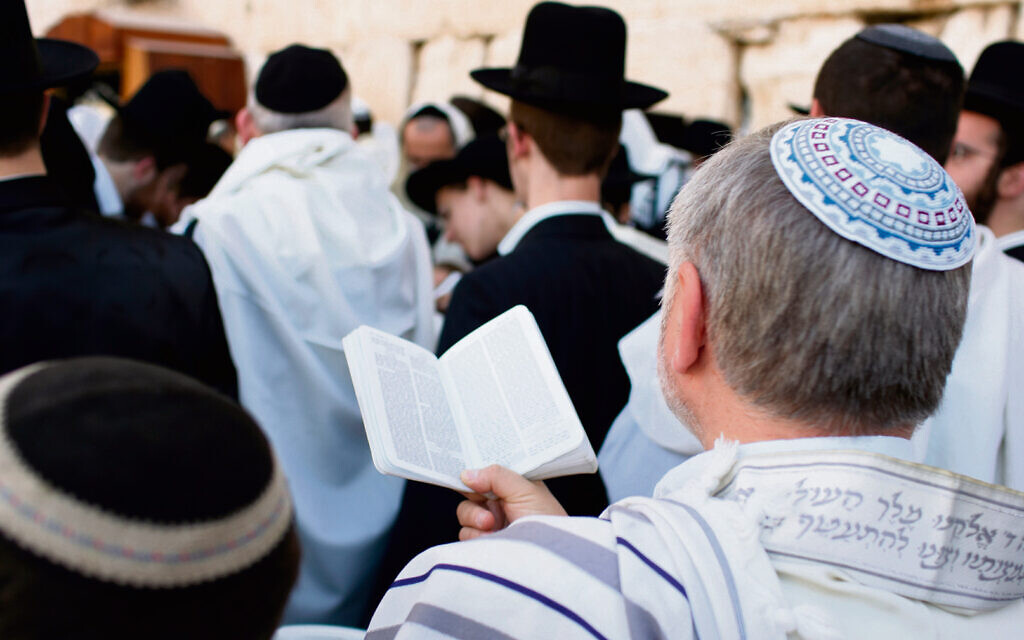 The reference to Yerushalayim communities in my recent column regarding changes to our local rabbinate led me to be asked about how Orthodox religious life in Israel – particularly that called Charedi – differs from its counterpart in the communities of the diaspora like here in Australia.

Let me preface my response by saying that some segments of the local Orthodox community may well resemble their Israeli counterparts in the intensity of religious practice. The Orthodox Jewish world as represented in Australia as well as that which exists in Israel, is made up of a continuum of levels of ‘religious’ involvement rather than a number of segmented communities. Nevertheless, there are clearly differences between Israeli communities and those in the Diaspora that will amaze, baffle or simply concern the viewer.

First, there is the issue of community isolation. While in the Diaspora Orthodox Jews live within the general community and inevitably absorb, at least by osmosis, aspects of the general way of life, most Israelis – secular or religious – have little contact with non-Jews. in their daily life. (The interrelation/interaction in Israel between Jews and the Arab population is very different from the interaction between Diaspora Jews and their non-Jewish neighbors.)

But I was amazed at how many secular Israelis literally never had anything to do with “religious” Jews or “religion” (perhaps other than a chance encounter with a Chabad shaliach stopping them in the street). And beyond that reality, many members of Israel’s Charedi community also have little regular contact with Israeli Jews outside of their own community.

Charedi families tend to avoid mainstream media. I found it disturbing that in many religious neighborhoods in Yerushalayim I couldn’t even buy The Jerusalem Post – let alone major secular Hebrew dailies such as Maariv and Yediot Achronot. Israeli charedim tend to read only charedi newspapers; the content of these newspapers is surprisingly different from that of the general press. Headlines about the movements and statements of rabbis and rabbis often take precedence over current affairs – even issues relating to Yerushalayim or Israel. Many listen only to religious radio stations and certainly do not watch television. When it comes to online electronic media, while there are serious objections in principle (expressed on street posters and street protests in Charedi neighborhoods), inevitably cracks appear in practice.

Israeli charedim are much more insular in this respect than their diaspora counterparts. But the Charedi’s lack of interest in mainstream media is reflected in media content – ​​and impacts what others learn from the media about Charedi life.

Of course, despite what some seem to mistakenly learn from the media inside and outside Israel, Orthodoxy in Israel is not synonymous with the Charedi community. Outside of openly insular Charedi communities, and particularly outside of Yerushalayim and other major Charedi centers, other segments of the Israeli Orthodox community tend to adopt lifestyles that are more similar in religious content to those that we know in Orthodox communities around the world.

But on another level, in an Orthodox neighborhood of Jerusalem, there are few men who do not attend services regularly, as much as possible in the morning and evening.

Thus, so many shules not only have a service every morning and evening on weekdays, which is sparsely attended compared to Shabbat and public holiday services – the latter situation being that of most Diaspora communities and suburban Australian shules, except for the most orthodox.

Many shules in Jerusalem – and shules elsewhere in Israel – have multiple minyanim that operate before sunrise until three or four o’clock each morning. Likewise, the minyanim for the afternoon and evening services form continuously inside and outside the shules from some time before sunset until late at night.

Compared to most Diaspora communities, there are also fewer men or women who do not dedicate set times of the day or week to the shiurim. In almost all cases, the shiurim involve intensive study of advanced texts, copies of which are a feature of every household. Yes, even some kibbutzim have a Daf Yomi shiur.

Regarding kashrut, practices also differ. A variety of Israeli kashrut authorities reflect the differences between Ashkenazi and Sephardic customs; others reflect variations between the standards of the ultra-Orthodox community and those set by the city’s official rabbinate. The differences between different kashrut authorities in the diaspora tend not to be so stark – and are often rooted in communal historical and financial issues rather than matters of halachic principle and custom.

In Jerusalem, despite inroads by Tzohar and the so-called “Kashrut Mehuderet” facilitated by the regulatory change instituted by the current government, the standard mehad-rin (enhanced) rules – an establishment using nothing less would exclude half of the local population. market.

As I also saw during my recent visit, the differing attitudes towards locally grown produce in the context of this year being a sh’mitah year are also significant with respect to the hechsherim.

There are also different accents when it comes to attire. Aside from the traditional forms of Hasidic dress and the hat and jacket for men, much more emphasis is placed on “modest” clothing and head coverings for women, ranging from headscarves to sheitel.

Even in Israel, it can be a culture shock to make the hour-long drive from Jerusalem to Tel Aviv where fashions and general appearances are so different from those in Jerusalem, even in its less orthodox neighborhoods.

Of course, there are exceptions to these lifestyle accents. Kibbutzim and other smaller communities have their own religious flavor. Inevitably, Israeli communities with a higher representation of immigrants, whether in Modi’in, Ra’anana and parts of Beit Shemesh, are less inward-looking. The same goes for communities where many have higher education and professional qualifications, and which have wider professional and client networks. And as is the case in the Diaspora, including our own Australian community, there are many nuances to what is generally referred to as “Modern Orthodoxy”.

Diaspora communities would have much to gain from understanding Israeli Orthodox practice. A Netflix series such as Shtisel may provide insight into the Charedi world, but is far from the ultimate source of educational information for other elements of the Jewish (and even Gentile) world.

Within Israel, resolving the misunderstanding and prejudice that stems from it is a task requiring urgent attention in the interest of the future of a united Israel.

A little more openness in this respect would also be useful in the diaspora.

Here’s what First Nations youth want you to know about...

Samantha Prabhu to Janhvi Kapoor, the stars who celebrated the...

A celebration of music – The Australian Jewish News OCN...

Online admissions to colleges and universities have been postponed ocn news