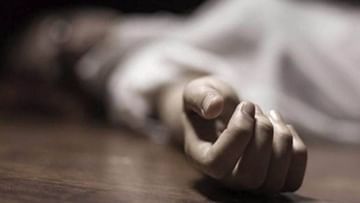 Troubled by school harassment in Jaipur, a class 12 student took a step like suicide. Sher Singh, an 18-year-old student of class 12 of St. Academy in Amer area, was upset after the teacher thrashed him. The student’s father has registered a case with the police for abetting the student’s suicide.

capital of rajasthan Jaipur A sensational case of suicide of a class 12 student troubled by school harassment has come to light. According to the information received, Sher Singh, an 18-year-old student of class 12 of St. Academy in Amer area, ended his life after being disturbed by the torture. A case has been registered in Amer police station area of ​​Jaipur regarding the incident, after which the police has started investigating the matter. At the same time, the father of the deceased student is posted as head constable in RAC, who has registered a case of abetting the student’s suicide with the police.

The father of the deceased student, head constable in RAC, Murlidhar, gave a complaint at Amer police station and told that after being discharged from school in the month of April, noise was being made by the students and during this time when Sher Singh was leaving the school, the school teacher CP Soni caught him and beat him.

beaten up for filing a complaint

At the same time, after the assault of the teacher, the hurt student Sher Singh reached Amer police station to complain where the teachers CP Soni and Pawan Gupta got angry as soon as the matter reached the police and they expelled Sher Singh’s TC Katak from the school in the month of July. At the same time, the father alleges that after this the student also started receiving threats not to take admission in any school in Amer.

However, after a lot of effort, his father got his son admitted in a school and got separate coaching for the preparation of NEET. At the same time, the father alleges that even after this, teachers CP Soni and Pawan Gupta did not give up on the student and in the month of September sent some boys home and beat him up.

Let us tell that the student committed suicide on September 22 after being hurt by the teacher, after which his father is continuously fighting for the justice of the son. At the same time, the father also approached the court in this matter and only after the order of the court, a case was registered against CP Soni, Pawan Gupta and Abhishek Jaga at Amer police station. The student’s father says that his son was very smart in studies but today he lost his son because of CP Soni and Pawan Gupta.