The President will contact me about the appointment summary, Imran Khan ocn news 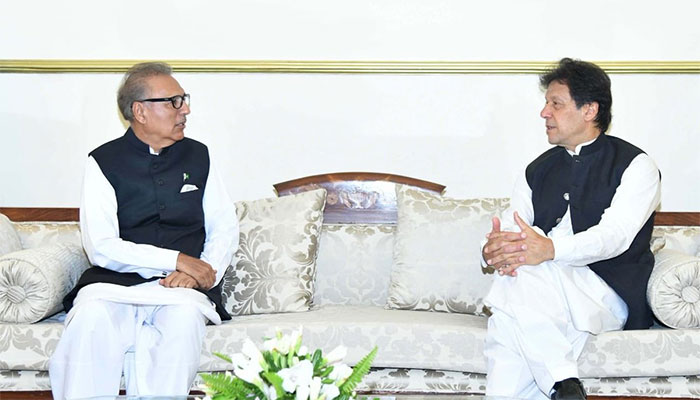 Pakistan Tehreek-e-Insaf (PTI) chairman Imran Khan has decided to play with the President on the appointment of the Army Chief.

Imran Khan said that the president and I have decided that we will play legally, whatever we do will be within the constitution and the law.

PTI Chairman said I doubt the intention of Nawaz Sharif, what worries me is who should be the top military officer.

Imran Khan further said which of my corruption cases do I need to finish or do I need his help to win the election.

He said business has lost confidence in this government, whoever Nawaz Sharif chooses as the army chief there will be conflict from day one, Nawaz Sharif hopes to bring a man who will defeat Imran Khan, PTI.

Imran Khan said that Pakistan went to the risk of 88%, he made such a law that white criminals could not be caught, the sea of ​​people will tell that Pakistan was not made because a small group of law.

It should be noted that the Prime Minister House has received the summary letter for the appointment of the military commander and the decision of this summary is expected at any time.