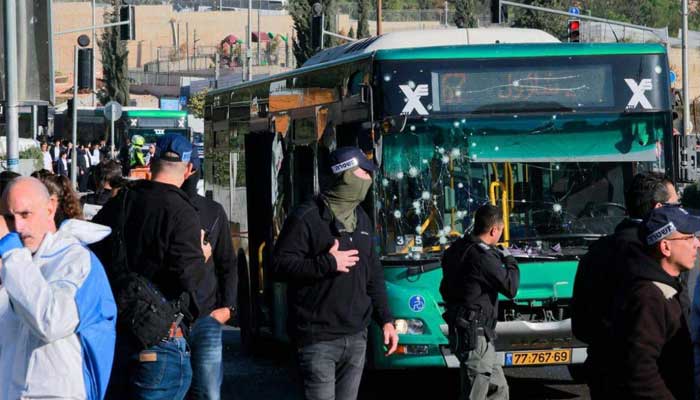 A young man died and 20 people were injured due to the explosion of two bombs at a bus stop at the gate of Jerusalem.

16-year-old Canadian citizen Arieh Shekupek, who was killed, was a resident of Harinov, Jerusalem.

One explosion occurred at the main bus station near the entrance to Jerusalem, while the other occurred at a bus stop in the Ramot area.

Officials said the explosive was placed in a bag and kept at the bus station.

In the first explosion at 7 am, 21 people were injured, 6 of them are said to be in critical condition.

These explosives were set off by remote control, the explosives consisted of nails and nut bolts that punctured the bus.

The road from Tel Aviv to Jerusalem was closed to traffic for several hours after the explosion.

Police are investigating both blasts as part of a planned operation and are on the lookout for other explosions across the city.

Defense Secretary Benny Gantz called a meeting of top police officers and Defense Department officials, including the heads of the Secret Service, military intelligence, and others to review the situation.