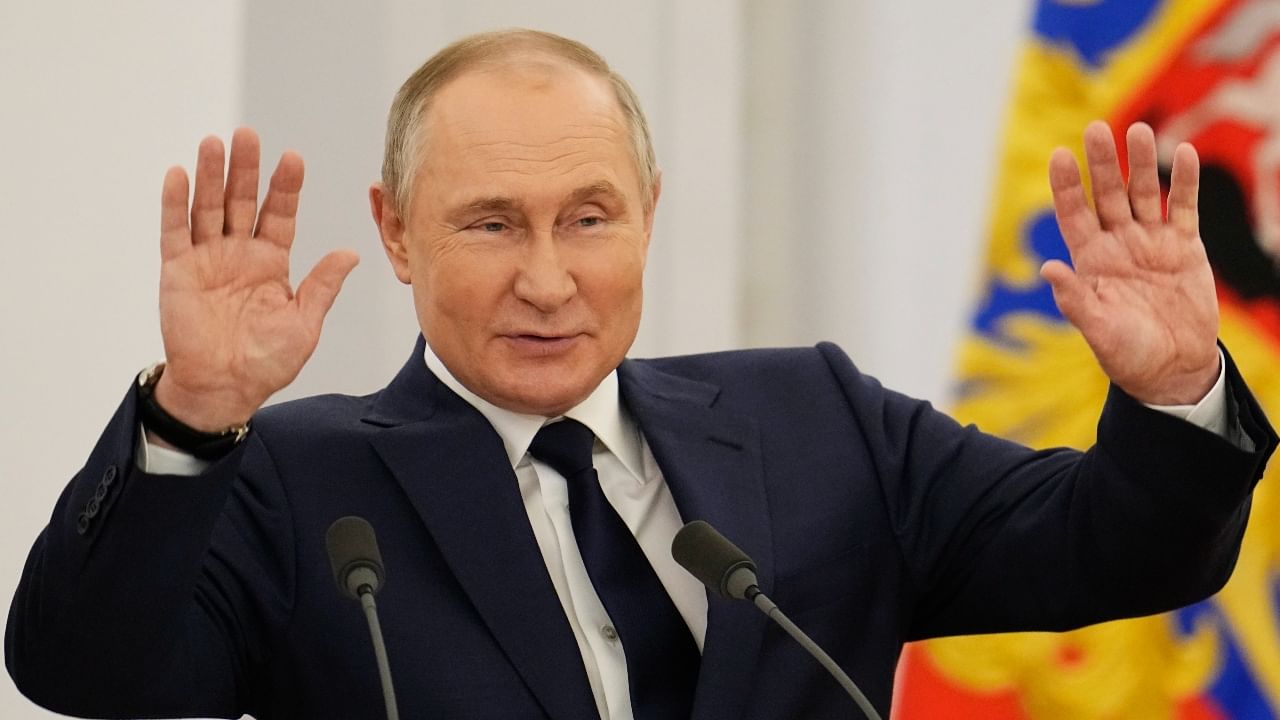 Vladimir Putin: The Russian aggression in Ukraine has already claimed many lives and displaced about 1.4 million people. Russia has banned the export of oil, natural gas, grain and cooking oil from Ukraine to the Black Sea.

Moscow: After the surprise attack on Ukraine on February 24, the United States, Britain and other western countries are trying to portray him as a ‘villain’ all over the world. Not only that, but many are blaming Russian President Vladimir Putin for rising fuel prices around the world as a result of the war. So far, Putin has targeted Western nations. But on Monday, Dordandapratap’s position on the Russian presidency also changed slightly. The meaning of change is that Putin has been accustomed to speaking in an aggressive manner for so long, a sarcastic tone has been heard in Putin’s throat. Does Putin want to talk to the West about the financial crisis and the chaotic situation? Putin made the remarks during a meeting with his close friend Belarusian President Alexander Lukashenko.

The Russian aggression in Ukraine has already killed scores of people and displaced about 1.4 million. Russia has banned the export of oil, natural gas, grain and cooking oil from Ukraine to the Black Sea. Putin told Alexander Lukashenko, Belarus’s president, that Russia’s economy was in good shape despite economic sanctions. Putin made the remarks during a video conference between the two heads of state.


According to Lukashenko, sanctions have helped all countries focus on their own development. Lukashenko told Putin, “Thank you for taking our economic development to such a place.” The President of Belarus is standing by the side of the Russian President. Lukashenko said, “They are evaluating after reading the news in their own country’s media. They have chosen Putin to blame for the rise in inflation. Attempts are being made to establish that “Putin is responsible for everything.” Putin was seen nodding his head in agreement with Lukashenko. “We will have important discussions with them,” Putin said with a smile.